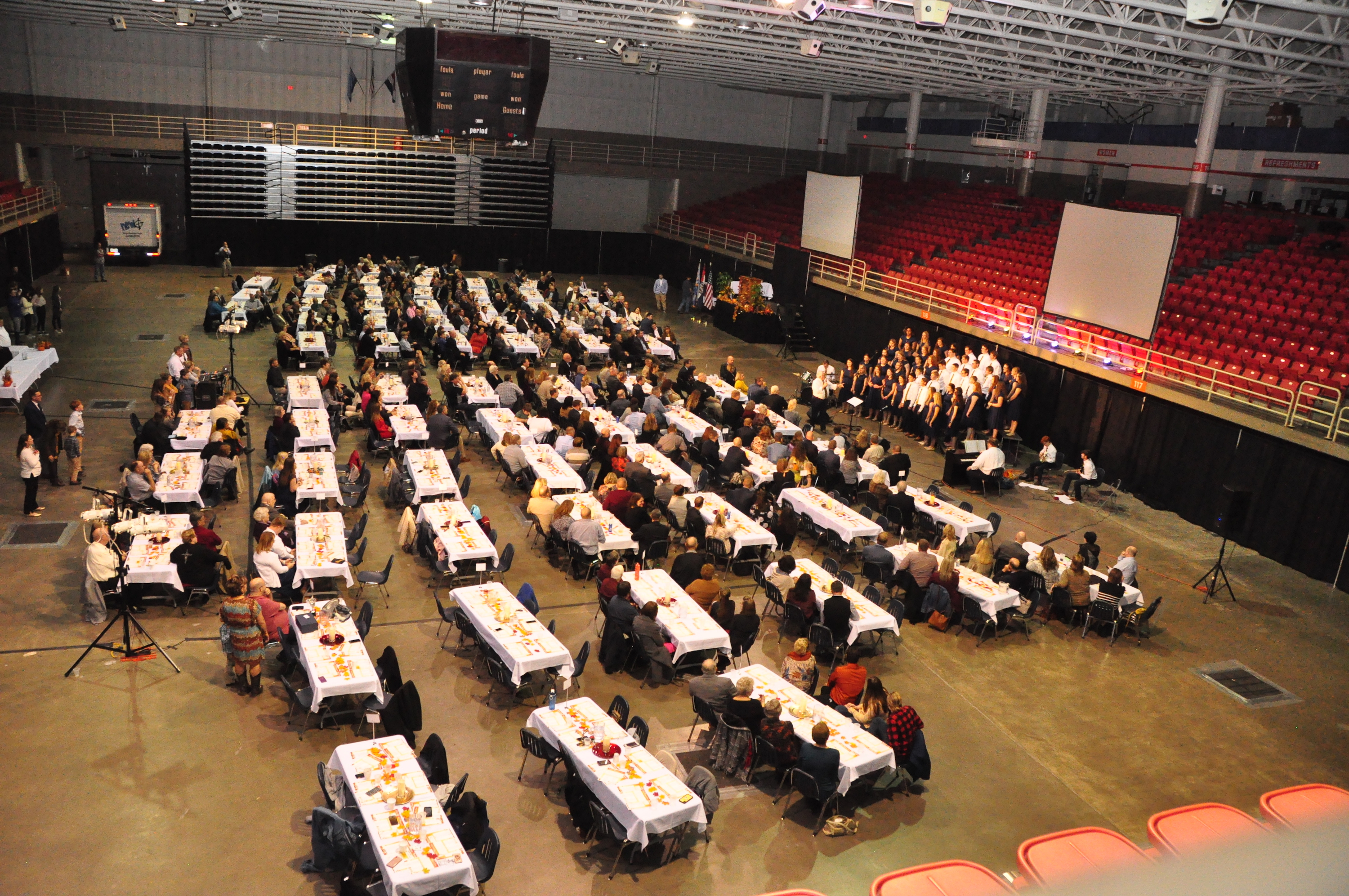 The New Generation Singers were honored to be invited to entertain at the Mayor’s Dinner in support of Second Harvest. The event was held at Civic Arena which shows it was a popular event to attend. Business and organizations from all over the area make donations to support Second Harvest. The event included a Thanksgiving-themed buffet dinner – a very popular treat for a bunch of hungry teenagers.

As a complete surprise to the honoree, the Mayor awarded our president Jackson Connors as an outstanding youth in St. Joseph for his many contributions to the community through Missouri Western State University, an almost-elected candidate to the St. Joseph city council and of course New G.

Be sure to click here for pictures taken during the event.

As a side-note, of the singers you see in the pictures, about 10-12 are performing with New G for the very first time. Their second time will be at the annual Christmas concerts on December 20th and 21st. 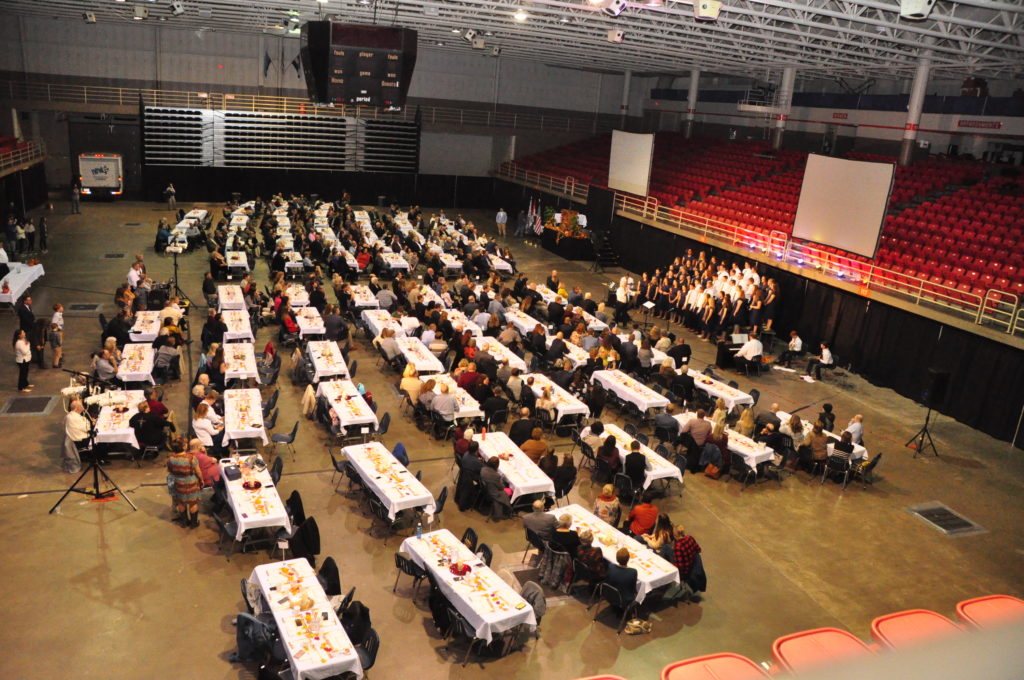 As you can see, the Mayor’s Dinner is a big event, and New G was honored to be the evening’s entertainment.